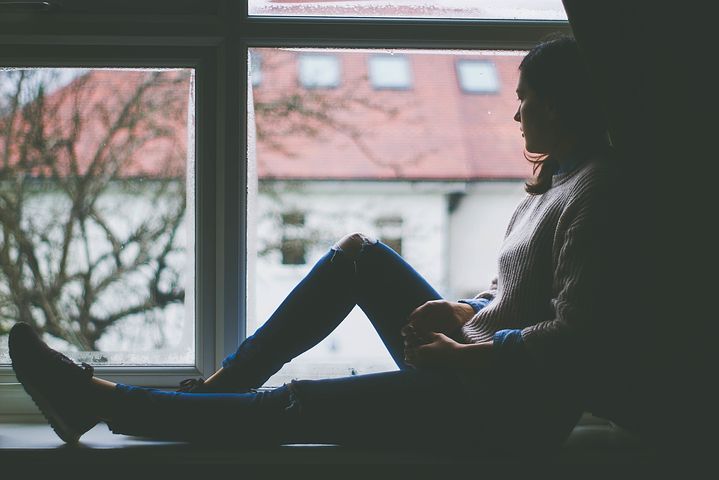 Congratulations to Public Law Project and their instructed counsel on an important and far-reaching win. This is a guest blog.

R(GR) v Director of Legal Aid Casework EWHC 3140 (Admin) is a new case relating to the availability of legal aid in cases of domestic abuse, where the victim has theoretical but not practical access to value in a property.

In 2013 the government made sweeping cuts to the availability of legal aid for most areas of civil law, including family law. However, it also made a commitment to retain legal aid for victims of domestic abuse, in order to avoid situations in which an unrepresented victim of abuse might have to face the perpetrator of abuse in the family court.

In order to qualify for legal aid for family proceedings, women who have experienced domestic abuse must meet strict financial eligibility criteria, assessed on the basis of both their income and capital. This has led to women being denied legal aid on the basis of an interest in capital, usually the family home, which is jointly owned with the perpetrator of abuse, and which in practice they are completely unable to access.

In this case, GR had experienced serious physical, sexual and financial abuse from her ex-partner. She had obtained a non-molestation order without legal representation. At that hearing, on seeing her ex-partner for the first time, she vomited in court. She then sought legal aid in order to be represented in family proceedings concerning their children and in relation to the sale and division of the equity in the family home. At the time of her legal aid application her only income was Universal Credit. She was living in the family home with her two children, but was unable to borrow against the capital without her ex-partner’s consent. She had attempted to take out loans, but had been refused credit on the basis of her extremely low income. She had already sold jewellery and furniture to pay for limited representation in relation to an initial hearing concerning the arrangements for their children.

GR’s application for legal aid was refused on the basis of an assessment that she had a 50% interest in the value of the family home (disputed by her ex-partner), which put her well above the £8,000 threshold set out in the Civil Legal Aid (Financial Eligibility and Payment for Services) Regulations 2013 (“the Means Regulations”). Regulation 31 of the Means Regulations provides that in relation to the valuation of capital resources:

In so far as any resource of a capital nature does not consist of money, its value must be taken to be—

(a) the amount which that resource would realise if sold; or

(b) the value assessed in such other manner as appears to the Director to be equitable.

In calculating the disposable capital of the individual, the value of any interest in land must be taken to be the amount for which that interest could be sold after deducting, subject to paragraphs (2) and (3), the amount of any debt secured by a mortgage or charge on the property.

The case turned on whether the Legal Aid Agency could assess the value of GR’s share in the family home as nil on an equitable basis under regulation 31, or whether it was required by regulation 37 to value her share as the amount for which it could theoretically be sold. It was accepted that she could not borrow against the property, and that if she agreed to her ex-partner’s application to force the sale of the home, she would have agreed to the very thing that she required legal advice about. It was also accepted that if GR were to be granted legal aid, the ‘statutory charge’ would apply, which would mean that if she obtained any benefit, such as an interest in the home, as result of the proceedings, she would be required to repay some of the costs to the Legal Aid Agency. Any legal aid she did receive would effectively be a loan.

The Court heard that the Catch-22 position GR found herself in was a common one. The family solicitor who had helped GR apply for legal aid explained: “Whilst difficult to quantify, it is the case at Beck Fitzgerald that, on average, we cannot assist 1-2 clients per week in securing legal aid as the equity in the property they live in is considered by the Legal Aid Agency as an asset which they can access. This is irrespective of whether the property is occupied by the client and their children, thus providing a home and irrespective of whether the property is jointly owned by the client and the perpetrator of abuse. These clients are unable to take out loans, are on a low income and often, the question of sale/occupation of the family home is the subject matter of the dispute.”

The organisation Rights of Women also provided evidence of the way in which the financial eligibility criteria enable perpetrators of abuse to continue to exercise control through the family courts, explaining that: “It is well recognised that abusers will use any means they can to continue to control the victim of their behaviour following the end of the relationship. Preventing them from accessing legal advice would be an easy way to do so.”

The Court found that the Legal Aid Agency was wrong to say that it had no discretion to make an equitable assessment of the value of a capital resource, and that by taking that approach, some people on low incomes would be prevented from having fair and effective access to justice. In order to prevent that from happening the discretion in regulation 31 could be applied to the valuation of any resource of a capital nature, save for the valuation of money.

This means that in any case where an applicant for legal aid has an interest in a capital resource, the Legal Aid Agency will now have to assess that interest on an equitable basis, taking into account the applicant’s ability to access that interest, and their ability to represent themselves effectively. In domestic abuse cases, where it is established that women are disadvantaged in legal proceedings if they are forced to represent themselves against the perpetrator of that abuse, it will increase access to justice, and ensure that more women are able to access legal representation.